Listen. Shit’s about to get real epic up here in this blog. We’re talking full-on rap battle, with poorly produced background beepy sounds and some real feats of coordination in the dance sequences. Basically if Flynt Flossy rapped about science, he’d be hella jealous of our style.

But we recognize that not all of you are as up-to-date on your sloth facts as the Vengeance Team Rap Duo, which might make you miss some of the SHEER BRILLIANCE of our lyrical majesty. To avoid your own disappointment in yourself, we’ve provided a background info sheet to catch you up on what’s hot and trending in the world of sloth biology. 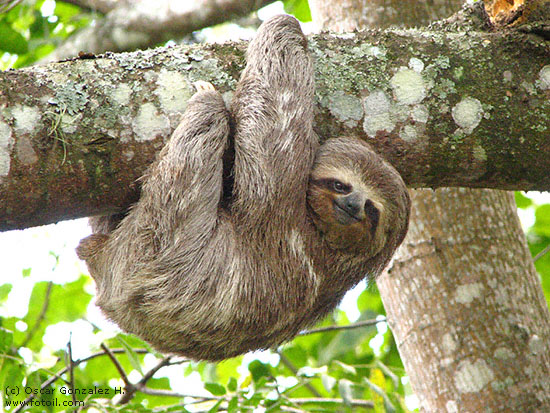 Here’s a handsome little sloth hangin’ out in a tree. These guys literally are made to hang; they have a suspensorial locomotion system that is so specialized they actually struggle to get around on the ground and are forced to drag themselves like a drunken Lindsey Lohan because they don’t have the musculature to crawl. They try not to go down to the ground much because that’s how they get their asses eaten, but unlike birds who shit wherever and whenever they please, sloths seem embarrassed to let loose their stools from the sky. To meld these two issues, sloths poop only once a week. They crawl down from their trees, their tiny bodies filled to the brim with heavy fecal matter (up to 37% of their body weight is gut contents) and take a shit at the base of the tree, like the civilized creatures they are.

Top sloth speed is 0.24 kilometers per hour (0.15 mph), and they are so slow that they actually have algae growing on them, and several specialized species of moth that live in their fur. Of course, that could also be because up to 75% of their time is spent sleeping, with a further 10% spent resting; they’re barely more mobile than a rock. At some point in their evolution sloths didn’t have teeth, and when they re-evolved them they forgot to make enamel. So now they just have dentine (the pulpy innards of our own teeth). Good thing they just eat plants. 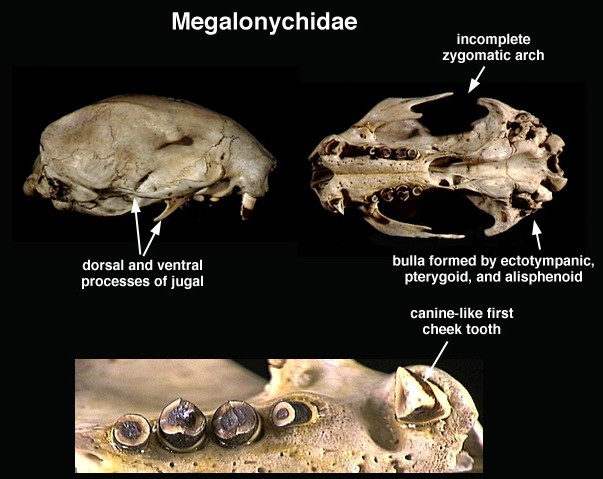 They don’t maintain a constant internal temperature (aka, they’re cold blooded), which is part of why they’re restricted to warm, tropical environments. Oh yeah, and like the little creepy stalkers they are, they are capable of turning their head up to 270 degrees.

Pertinent fact number one: they’re extinct. Pertinent fact number two: they’re still pretty awesome. Ground sloths were big, knuckle-walking oafs that lived from the Oligocene through the end of the Ice Age in much of the Americas. They lumbered around in their furry pimpsuits (which covered up a skin full of hard bony knobs called osteoderms), and they walked on their knuckles to keep their huge claws sharp.

Why the huge claws? Great question, lots of different answers. Slapping fools is a pretty obvious choice - either out of righteous indignation or for defense. Though there have been some that thought they might have been carnivores, there’s caves full of giant sloth turds lingering around, and it’s full of plants including extinct yuccas. Fun extra fact: when you rehydrate said poo, it smells just like fresh poo!

Though originally from South America, giant ground sloths showed up in North America in the Miocene which was before that convenient land bridge (currently known as Panama) showed up. Supposedly there were enough islands between the two continents that giant ground sloths were able to just swim right across!

Thanks to Edward Davis and Nick Famoso for some sloth fact tips!

Email ThisBlogThis!Share to TwitterShare to FacebookShare to Pinterest
Labels: 50-cent's gonna want a piece of this (Rap Battles), sloths