Utah: a land rich with red rock outcrops, dinosaur fossils, Mormons, and extremely repressed sexuality. This state is so pure, in fact, that the Centers for Disease Control and Prevention have no data* about the sexual behaviors among high school students (grades 9-12): 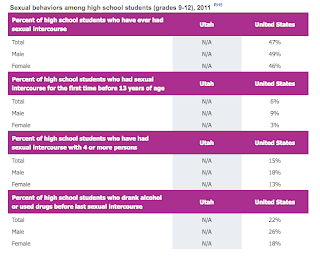 *Absence of evidence IS NOT evidence of absence.


But if you're so lily pure, Utah, why is your geology so completely filthy? Wind and water have carved out sandstone schlongs across the state. Here we reveal a few of the more, ahem, prominent cases of dirty-minded rock formations via our favorite form of communication: limericks.

We hope you're ready, world.

You're probably not, though, because this blog post contains scientific sketches of cupcakes and there ain't nobody prepped to handle that shit. Let's delve deep into the world of paleopedology baked goods, a sentence that by all rights should never have entered this universe but is somehow here anyway.

Mollisols are grassland soils. Because grass forms a thick blanket of vegetation on the ground, it creates a lot of organic material (chocolate cake and white cake mixed together). Mollisols often have calcareous nodules ("pearl" sprinkles) and gypsum layers (silver sprinkles), but also have crumb peds which are basically small lumps of dirt inside the overall dirt. Here we have a well-drained mollisol - the small Bt horizon  wasn't constantly soaked with water, so instead of turning green it oxidized (rusted) into a reddish layer, or in this case, red velvet cake.

This one comes with a super epic cooking video, in which Meaghan pronounces 'calcareous' the Canadian way (aka... incorrectly).

Disappointingly, Meaghan's camera battery died soon after that video was filmed. The rest of these cupcakes shall have to stand without explicit, Star-Wars-style cooking directions.

For those of you not in the know, some people study dirt. While this is fortunately not an affliction either member of the Vengeance Team suffers from, it is an actual thing, and sometimes it is actually a very interesting thing. Of the poor souls who study dirt, paleopedologists are probably the best off because at least their dirt is really really damned old: they study paleosols, literally "ancient soils."  Paleosols record evidence of past climate, organisms and ecosystems, which grants them an automatic +10 interest points over modern soils.

Paleosols tend to have poorly articulated layers (soil horizons) only visible to very experienced dirt-interpreters. In this way, they are much like most of Meaghan's experiments in baking ("Is this a layer cake that has suffered some sort of faulting? Did you mean to leave large unconsolidated lumps in this cake for some reason?"). As such, Meaghan felt that baking paleosol study tools was the perfect way to celebrate the completion of her first year of graduate school. That's right: when Meaghan thinks of celebrations, she doesn't think about drinking, she thinks about nerd-baking... and that's why she's in graduate school.

Email ThisBlogThis!Share to TwitterShare to FacebookShare to Pinterest
Labels: Creative Party H'orderves, Paleo Picasso (arts and crafts), science cray, what to do instead of important and time-sensitive tasks

A Moment of Silence for Omomyids

There's plenty of good news from Vengeance Team North - not only has Amy not been eaten by any bears, her Honors College thesis is officially printed and turned in!  Now that the thesis process is over, Amy has made herself quite comfortable in the Alaskan wilderness, focusing on Cretaceous age organisms including, of course, dinosaurs. As absolutely stoked as she is for this exciting new adventure in life, Amy is also finding herself sad to be leaving (for the moment at least) her beloved omomyids. In order to mourn the commencement of this project and properly move on, Amy has decided to cathartically explain the fantasticness of omomyids. And you should pay some attention because this shit was funded by a very competitive national scholarship, therefore solidifying what Amy has long known to be true: cuteness is a fascinating and intriguing scientific phenomenon.
Other than cooing about how cute omomyids are, Amy spent her senior year using phylogenetics to explore some of the evolutionary patterns of this group.

Phylogen-what-now? some of you may be saying (we have a substantial readership in the shocked-grandma demographic). Despite what it sounds like, phylogenetics isn't the science of wrapping extinct organisms in flaky and delicious phyllo dough crust and devouring them. It's actually a type of research that shows the evolutionary relationships between organisms. It's the science of creating meaningful family trees. Many of the scientists who do phylogenetic research are biologists who use molecular sequencing data that they extract from living creatures. Contrary to Jurassic Park, fossils are A) super dead and B) usually lacking DNA, so how do paleontologists use this particular toolset?