For those of you unfamiliar with the concept, the Old Boy's Club (OBC) is comprised of the old (and typically white) men who dominate the top tiers of many industries. This phenomenon is pretty apparent in most fields, but especially so in academia where female presence at high levels caps out at 35% at most. 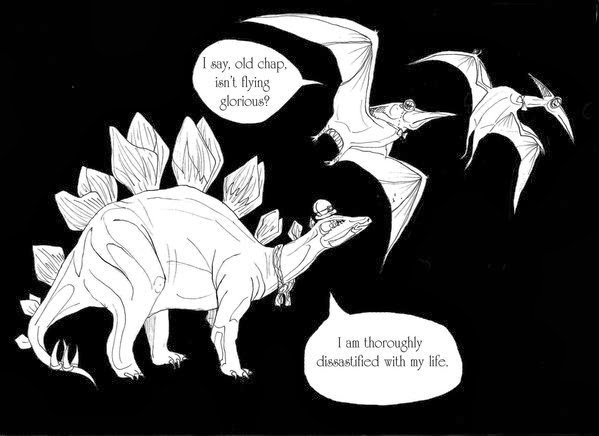 Now, we could shout about that endlessly in bitter, bitchy terms, but we’ve taken a dose of the considerate pills today (V.T. South’s roomie made pumpkin cake, V.T. North has a job again, all is awesome in the world) and decided to give the benefit of the doubt to members of the OBC: maybe they just don’t know about ladies’ struggles! Also, they probably don’t know about all the awesome ladies they could be hiring, because OBC members don’t network with ladies, they network with dudes.


That’s right: ladies talk to ladies when they want to get jobs, and dudes talk to dudes…. orn fancy science-speak, part of the gender-disparity in hiring practices stems from Gender-Segregated Networks. How does this matter? Well, since dudes happen to be in 65% of the positions of power, ladies suddenly lose a lot of their access to upper-division jobs.

In our rainbow world of pumpkin cake and employment, we’re going to say that everyone in the OBC is awesome and bewilderingly unaware of female scientists, and that it is OUR JOB to fix that. It's time to infiltrate the OBC, sneaking in ninja style through polite conversation and handing out business cards! Conferences are the ideal setting: OBC members are wandering about, slightly inebriated and giddy about new science. Its like shooting drunk fish in a barrel full of many other drunk fish, except the one fish you really want is wearing a name tag.


The Geologic Society of America’s 125th annual meeting is this week, and the Society of Vertebrate Paleontology’s 73rd annual meeting starts next week. So what’s a lady-ninja gotta do to get her networking on? Well there's more than one way to shoot a fish (probably, we haven’t confirmed this), but we're going to give you some of our top conference-stalking tips to get you a head start.

Now, some of our readers are men, and some of them even have jobs in Academia (online high-five!). You gentlemen are in a unique position to help women become a bigger part of Academia, and we hope that this year you do your part by acting as a sidekick. Essentially, do all the things that a 1950’s hostess would do, except for the bits about preparing food (that probably won’t come up). More specifically:


As a side note, both Meaghan and Amy will be attending conferences this year - Amy to GSA, and Meaghan to SVP. If you are NOT attending one of these conferences and really, really wish you could see a particular talk, drop us a line and we'll do our best to check it out and report on it! You can let us know via twitter, facebook, email, google +, or in the comments section!


Granovetter M (1985) Getting A Job: A Study of Contacts and Careers, second edn. Chicago: University of Chicago Press.

Email ThisBlogThis!Share to TwitterShare to FacebookShare to Pinterest
Labels: always wear your name tag, Amy and Meaghan Are Basically Better Than Everyone, girls in science, kicking ass at conferences, ladies for the win, OBC, Old Boys Club, old man look at my life