An Ode to the Paleo Road 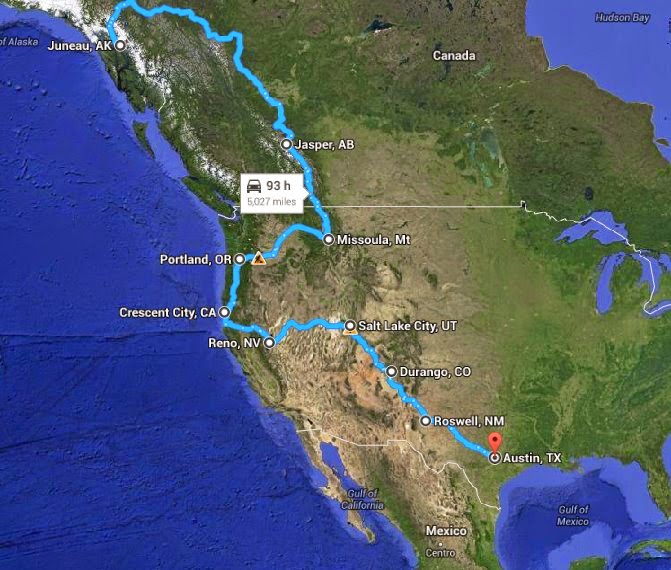 Recently Amy and her boyfriend Kelly completed a 32-day road trip from Juneau, Alaska to Austin, Texas. Considering they both suffer from Paleo/Geo Nerd Syndrome they made many stops along the way to admire the rocks of geological and/or historical significance, as well as a few stops to visit their nerdy friends like Meaghan! To recount this thrilling 7,000 mile opportunity to discuss regional tectonics and ancient seas we're bringing back our favorite form of poetry: Limericks.

There once was a road trip gone long

The rocks of Utah once again were quite upstanding
Brigham's member stood rigid, thick, and demanding
Feelin' like a sandstoner
Gigglin' from a rock boner
Jurassic sand dunes now erections long withstanding

Dinosaur tracks waved goodbye as they drove out of town
The La Sal batholith in the distance like a crown
Heading home at last
Past oil and natural gas
On to Texas and BBQ cooked in a pit in the ground!

All photos by Amy or Kelly except 3rd photo down, which is a piece by Ray Troll