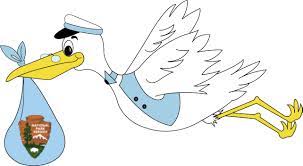 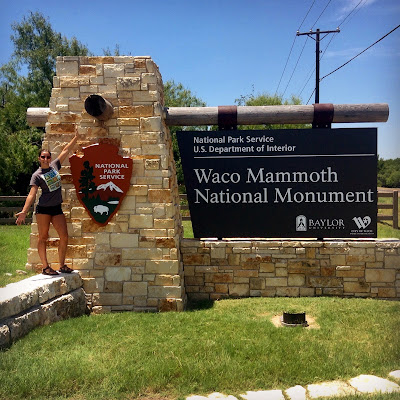 Amy and her boyfriend Kelly headed to Waco Mammoth National Monument one of their first weekends back in Texas to check out America's newest monument. A tour of the quarry is included in the price of admission (pretty cheap: $4 for students $5 for general public), which is the only way to see the fossils. And trust us - you want to see the fossils!!

The site was discovered in 1978 when two Waco residents were out searching for Native American artifacts and found a huge bone eroding out of a ravine near the Bosque River. They realized the bone was too big to be from a cow, so they took it to nearby Baylor University for inspection. There it was determined to be a femur from a Columbian mammoth (Mammuthus columbi), which sparked an excavation of the ravine. Between 1978 and 1990 sixteen mammoths were discovered and excavated from the site. Other remains were excavated between 1990 and 1997 and included a large male, a female, two juveniles, and a camel (Camelops hesternus), all of which are still in situ at the site and viewable on the tour. 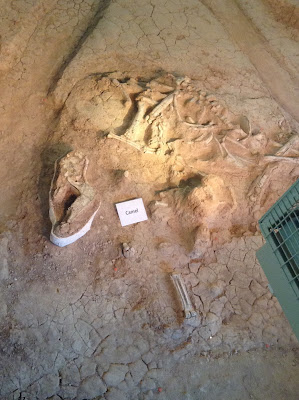 How all these animals died is still debated, but the current belief is that they were killed in a series of flooding events (or just the flood if you ask some of the locals). However, mammoth fossils are found from three stratigraphic horizons, meaning there were at least three different depositional periods. The oldest layer is about 68,000 years old and contained multiple mammoths from a nursery herd (only mothers and juveniles) that must have been trapped and drowned during a flash flood event. The middle layer preserved a partial saber-toothed cat and the top layer contains the bull mammoth, two juveniles, and an adult female mammoth. 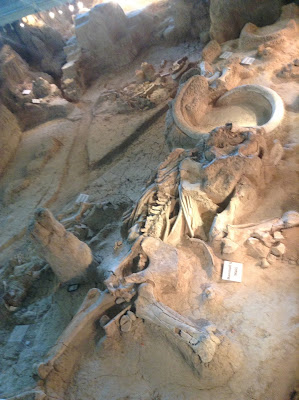 Why were Columbian mammoths so cool? Well for starters they lived during the Pleistocene so yes they were relatively cool (HAHAHAHAHAHA #punny). However, they weren't as cool as some mammoths, preferring lower latitutdes than their woolly cousins and making it as far south as Costa Rica. They were also one of the largest species of mammoth coming in at 14 ft tall at the shoulders and 20,000 lbs. They preferred living and foraging in open landscapes, which is why the site in Waco was an ideal location for hangin' out - it was situated in savannah habitat between two rivers. (Not that ideal really as the rivers flooded and killed the mammoths but whatever, shit happens).

This site is especially amazing because it is the only known nursery herd of Pleistocene mammoths in North America. The tour guide mentioned there was one other herd found in Siberia, stating "but that's Russia so we don't really know much about that."

It is also the largest known concentration of mammoths killed in a single event, which must have been a bummer for them but is awesome for paleontology.

The excavated fossils are housed at Baylor University where they are available for study, but unfortunately there are no current excavations in progress at the Waco mammoth site. We asked the guide about the future plans for the monument and she told us that they hoped to build a bigger visitors center (yes please), put in a playground for kids, and one day build a research center and begin active research at the site again. She also mentioned that 4 rangers will begin working at the site in the fall and possibly a paleontologist, too (so keep an eye out for those jobs everyone, cuz Meaghan and Amy want backstage tours 4 sho).

Most importantly, once the rangers begin working at the site they will finally start the junior ranger program!! So Amy will have to return again soon to add to her ongoing "I can answer 6th grade level questions" trophy collection (Meaghan's wording, not hers).

Posted by Mary Anning's Revenge at 9:53 AM