Should we let people be assholes on university campuses?

Oh wow, what, two blog posts in one week? That's right - in addition to visiting new national monuments, we also recently got super rage-y over a new article published in the Atlantic called "Coddling of the American Mind" and instead of writing an epic comment on the paper's page, we're writing it here.

The article was written by Greg Lukianoff and Jonathan Haidt: the first is a lawyer who represents a classic case of "outsider knows better," and the second is a professor who's worried he's going to get fired because he doesn't understand what offends students. Both of them are white doods with hurt fee-fees, and both seem to completely miss the difference between "making people feel like shit" and "babying people."

The gist of the article is that political correctness is killing our college campuses - that by policing students' words, we aren't preparing students for life beyond the walls of academia and we are setting them up for depression and the long fall that can only result from promoting the underdevelopment of their emotional skin. Lukianoff comes in with a clear bone to pick, because he's experienced depression and developed his own "thick skin." He gives an unhelpful quick list at the end of the article of behaviors his therapist taught him to avoid, and states "The parallel to formal education is clear: cognitive behavioral therapy teaches good critical-thinking skills, the sort that educators have striven for so long to impart." Then he opines on whether or not we're teaching students good critical thinking skills by making sure they don't see racist slogans as they wander around campus.

Haidt, meanwhile, comes in from a different direction: he has had some students complain about being triggered by his lectures, and he's a little worried he's going to get fired. He provides some examples in the article of what's happened at other universities, and some examples of what he has done, and asserts that all of these incidents are related to the over-sensitivity of students. He's concerned that student sensitivity means that professors can't teach the way they regularly do, and he is correct except for in the phrasing of that thought. A more correct version would be: Professors have to consider whether the material they present is offensive or not. Wow, what a onerous task, and one so completely different from what all other people have to do in their careers and daily life - oh wait.

So let's break down this stupid fucking article by the pieces and concepts we hated the most!

Are the PC police preventing students from developing critical thinking skills?
Well no, actually they are helping students develop them. 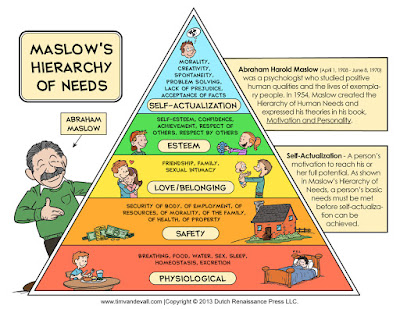 Maslow's Hierarchy of Needs is a pyramid of the basic needs every individual has to meet in order to accomplish certain goals, like "learn shit." When Meaghan taught outdoor school, this was a mental check-list to run down before teaching because students at the base of the triangle can't effectively learn. If your students are hungry or tired or thinking that bee will sting them, they aren't paying attention to your conversation about the beauty of lahar flows - they will be thinking about how soon lunch is, or whether or not they need to stand further away from the cliff face/rattlesnake/burning burning sun.

In higher education many of these factors are out of the professor's control, but one of the key ones that isn't would be whether your students feel like insiders or outsiders. The atmosphere a professor promotes in and out of the classroom is critical - your students need to feel like they belong and are respected before they can think critically about your lesson plan.

Microaggressions, or the small yet cumulative actions that make a student feel "othered" or as if they don't belong, make your students unprepared to learn. That disproportionately affects people who have to prove that their gender, race, disability or other physical or mental differences don't make them inappropriate representations of their chosen career.

A feeling of belonging is inherent to learning, and yes it is actually the job of Universities to make certain that those students feel welcome and supported. What the "PC police" are doing is reducing the number of students who can't make it up this pyramid by shaking up the privileged individuals who have long ruled at the top. And that of course leads us to our next point:

But the misfires of PC policing mean everyone lives in fear!
The article and the author's backstory lists a couple of examples where attention to student sensitivity meant that certain seemingly innocuous things were overzealously crushed. The article discusses the disappearance of a pet-able camel from some activity called Hump Day because animal activists were offended by the presence of the camel and because of potential offense to middle Eastern students. (We looked that shit up. Hump Day was cancelled for a lot of reasons, one of the big ones being "Why is our school spending 500$ on bringing a camel to campus?")


That said, navigating these waters can be very tricky and often administrators have as little training in dealing with these issues as professors do in teaching. There will be mistakes and over-enforcement, and that's where Lukianoff comes in.  Lukianoff's job as a lawyer is to protect free speech, particularly on campus, and we're sure he gets called in to protect the rights of camel-lovers everywhere. If you feel your comments or actions truly didn't deserve your firing or punishment, you can talk to HR, you can talk to your union, and if all else fails, you can talk to Lukianoff and he will fight for you, too. But the possibility of misinterpretation and over-enforcement does not validate allowing an atmosphere that is toxic to the students and co-workers who most need support.

Students need to develop thicker skin to live outside of the coddle-town of Academia
But by making our students comfortable and capable of learning, are we somehow deriving them of the mental wall they need to succeed in the outside world? Well, there are some problems with that idea, and one of the biggest is that Academia seems to have no concept of what the real world is really like. If we protect our students from sexual harassment or racial discrimination in class and on campus, we are actually finally following the code of conduct that is being set in place all over the country. Simultaneously, by letting students know that discriminating against other students consciously or unconsciously is a bad thing, we are preparing them for the real-times workforce where people get sued and fired for all forms of discrimination.

Lukianoff and Haidt glorify the free speech of their old university settings, but what they really mean is they see Academia as the last hold-out of the asshole club, where everyone can say what they want and take shits on each other's feelings then expect the seeds of tolerance and happiness to sprout from it. Sorry guys, but you're going to have to hold your meetings somewhere else from now on. 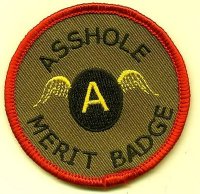 If students just blamed themselves for being offended, life would be better.
The article ends with the worst plea we have ever heard: for universities to let students and professors say whatever the hell they want, and to teach incoming freshman that it's much better to be quiet and endure than it is to speak out against that which offends you. The "it's not you being offensive, it's me being offended" message is a canned and served repetition of the bullshit "stay in your place" guideline that so often tries to prevent progress. Here it is served up on a platter of seeming legitimacy by citing therapy as a source. It is discouraging that anyone could go through the process of therapy and get the idea that we should all simply internalize all our conflicts and not confront others about their dipshittery. 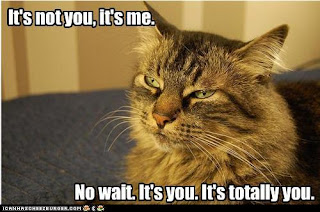 The authors cite that it would be a shame if students came out "believing that they can learn nothing from people they dislike or from those with whom they disagree," but we would argue that is exactly what would happen under the author's recommendations. Letting people get away with hateful speech in the classroom doesn't just disrupt the educational process, it enforces the idea that it is okay, and it's not. We shouldn't be training the victims to be at peace with a social hierarchy that diminishes their power and productivity, we should be training the offenders that they need to watch the fuck out before they lose their job. Lukianoff and Haidt's suggestions do not promote unity and tolerance, they promote an unequal status quo where those who are in power have a talking space where they don't ever get questioned.

In Summary
Lukianoff mentions that if someone is afraid of something the only way for them to get past it is to expose themselves to the source of their anxiety, but higher education isn't therapy. As educators, our job isn't to control the internal conditions of our students but to manage the external in a way that keeps the learning environment positive and productive, and makes our students feel like they belong there. Giving trigger warnings can help your students feel comfortable and feel respected, which goes right back to the whole point: being politically correct isn't about the comfort of the teacher, it is about the comfort of the students. That is how we promote critical thinking, by ensuring it can take place.

In the end, perhaps a better title for this sad, irritating Atlantic piece would be "all of a sudden people are telling me I'm wrong, and I don't like it," or "my majority opinion of what is and isn't offensive is somehow not okay anymore, WTF?" or maybe "boo-hoo, I can't be an asshole by accident/on purpose anymore." By asking to not be called out, the authors are asking for the same swaddling they are refusing to provide for students. By asking for universities to be a place of ultimate free speech, they are enforcing a system that feels inherently equal only to those in potions of sociopolitical power.