Meaghan is now officially a published author, but if you go and read her paper you will probably immediately reel back from the computer in confusion and horror. We don't blame you, as dental terminology is not for the faint of heart. So for those of you who are curious about the stuff that Meaghan writes about in a more professional sense, but don't have time to google what a posterolingual conule is, don't worry: we have a blog post for you!

The most basic description of what this paper is about is that  about 40 million years ago there was a species of oreodont that lived in Eastern Oregon. This species had claws, possibly for tree climbing, and it had a funny fat nose that made it look a little different from other oreodonts.


It also had giant fangs, but most oreodonts did because they're awesome and very bitey.

For about a decade, this oreodont was called Agriochoerus matthewi but Meaghan and her colleagues took a look at the teeth and realized that it was actually an entirely new species of a different genus of oreodont. They named it Diplobunops kardoula. 'Kardoula' means "little heart," which refers to the heart-shaped teeth that make it distinct from other species. It also is a term of endearment, which means that Meaghan got away with giving a new species a pet name.


Still with us? Wanna know what was so important and different about these teeth? Of course you do. Who wouldn't? In most oreodonts, the fourth premolar is pretty boring and unchanged - it can be used for chewing, but it's not very big and so doesn't help out all that much. In this group of oreodonts though, the fourth premolar plays more of a role in chewing. It starts to look more and more like a molar, developing more little bumps to help grind up food.


That's pretty much all for the scientific significance of Meaghan's paper, but it does have a little bit of a personal ring to it. Meaghan first thought science was cool when she went to Hancock Field Station in 6th grade, a science outdoor school run by OMSI. Hancock Field Station is situated right next to the Hancock Mammal Quarry - Meaghan walked right by it when she was 12 years old, and learned all about the fossils. She went to camp assuming she was going to be a flight attendant, and decided when she left she was going to be a geologist-paleontologist-herpetologist. She then worked at Hancock Field Station for 10 years, which is where she met her current office mate when she was 16 (SMALL WORLD) and of course, her bestest friend and favorite co-blogger Amy Atwater. Hancock was pretty good to Meaghan, so she's pretty happy that her first paper is about the fossils that inspired her to paleontology in the first place. 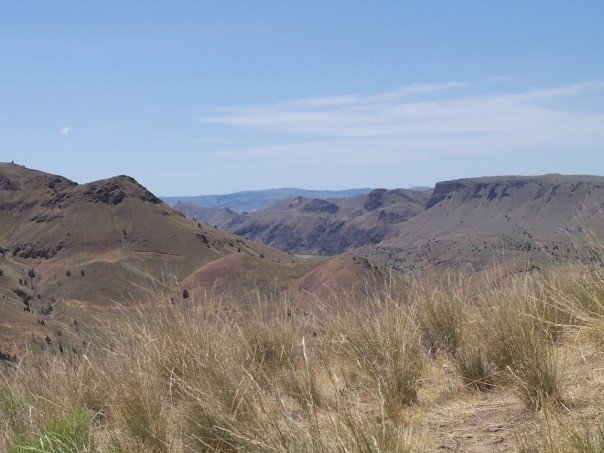 Email ThisBlogThis!Share to TwitterShare to FacebookShare to Pinterest
Labels: Agriochoerus, Amy and Meaghan Are Basically Better Than Everyone, Diplobunops, Eocene, Hancock, new species, OMSI, our papers