For weeks, you've been waiting, impatient, for the sloth rap battle we promised you. Meanwhile Meaghan has been bleeding from her ears while listening to the shitshow that was the first recording of the sloth rap, trying to construct a backbeat much in the same way a witch doctor tries to conjure the dead... but with a lot less confidence. Again and again, Meaghan got as drunk as she could get while remaining functional and opened up her audio file, only to run away screaming from her inability to match beepy electronic sounds to apathetically-delivered nerdy lyrics. But fear not, dear readers, for there was always a light on the horizon: Graduation. 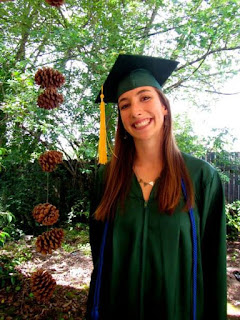 See, Amy had to walk. And to do that, she had to come back! In between walking in two separate graduations (Honors College and Geology), re-formatting and re-submitting her thesis, and trying to see all her friends and family, Amy found herself unexpected pulled aside, shoved into a furry hat, handed some alcohol and told to try again... this time with a beat already chosen. What happened next was pure magic. We present to you now the final version of the Sloth Rap Battle: Ground Sloth vs. Tree Sloth.


Warning: as in any good rap song, there is considerable profanity ahead. We are considering releasing an edited version, but Meaghan has yet to figure out how to make a floating sloth head appear over her mouth whenever she drops the f-bomb, so that may have to wait for now.

T-SLOTH
Yo what up, I’m a tree sloth and I like to take my time
To carefully compose every aspect of my rhyme
So fresh, so clean, I’ve got teeth of dentine
And I sit around spitting lyrics like a machine

G-SLOTH
Megatherium’s the name, and megafauna’s my game
So big all the Pleistocene animals know my name
You might say you’re a sloth but you’re an upside down rat
How you supposed to battle when I could wear you as a hat?

T-SLOTH
All the people here they love me, built me a sanctuary
When I drop ‘em from trees, they take care of my babies
But when humans saw you they were like, damn that looks tasty
Fry me up some giant sloth, then serve it with some gravy

G-SLOTH
You’re short, you’re fat, you got a body like a backpack
You’ve got bugs in your fur and you’ve got butt-holes for eyes
You wear that stupid mask because you need a disguise
You can live in the trees because I swam in the seas
Crossed an ocean to get here so I could do as I please

T-SLOTH
You can’t handle me, I’m the king of the canopy
So awesome even moths wanna hang outwith me
I’m like a flame, you’ve turned to a stone, I’ve got friends and you’re alone
You don’t scare anyone, you’re just a fossilized bone

T-SLOTH
You think that’s great, I only poop once a week
I’m an evolutionary success not a long-lost freak
It only takes three fingers for me to flip you off
so fuck all your fuckin’ faunas I’m a fucking (tree) sloth!

G-SLOTH
Don’t disrespect your elders son, we’re bigger than you
I’ll tear you off that tree and then fucking eat you!
Got claws on my paws to slap me some bitches
And just talking to you is giving my fingers twitches

T-SLOTH
Yeah you’re big, that’s true, you’re as huge as they come-
Isn’t Megatherium just latin for has a ‘big bum’?
I’m extant, you’re extinct; where the hell’s your instinct?
When the sabertooth came at you did you stand there and blink?

G-SLOTH
I make fucking dire wolves piss themselves with a glance
And I need an ass this big to rock these fucking sweet pants
You think you’re hot shit, hanging out upside down
But it ain’t about the trees son, it’s goin' down on the Ground.

We know. You're weeping from our sheer brilliance. Don't worry, it's only natural. If you need a little time to recover, try google image-searching "gangsta sloth." It's pretty great, but not quite as great as this. If you have not yet read our Sloth Facts Primer or seen our incredible trailer and teaser, you may also want to enjoy those now.
Posted by Mary Anning's Revenge at 5:25 PM

Email ThisBlogThis!Share to TwitterShare to FacebookShare to Pinterest
Labels: 50-cent's gonna want a piece of this (Rap Battles), poetry, sloth fight, sloths, what to do instead of important and time-sensitive tasks