Meaghan thinks she is oh so clever, making Amy publish blog posts about mushrooms while she was away in Spain. Well, payback's a bitch so this month all y'all bloggers are gonna read about fuckin' giant LEMURS!!
Sloth lemurs (Palaeopropithecidae) are a family of extinct primates  that grew to extreme sizes, with Archaeoindris weighing in as top dog. Archaeoindris was first described by Herbert Standing in 1909 based on jaw fragments, and soon a complete skull was discovered. Unfortunately, there have only been six postcrania bones found with no hands or feet in the mix, making locomotion estimates far and few. Mass estimates, on the other hand, are readily available but all of them make Amy and Meaghan want to cry, though their tears will hopefully make Edward Davis very proud.

Since its discovery, super-helpful* size estimates have varied from "larger than a human" to "possibly the largest primate ever" Ooooh subjective data, YAY**!  But that's not even the annoying part. A study by Jungers from 1990 used the area of molar teeth to predict a mass of 230.5 kg (508 lb).
Same study, different bone: femoral head diameter predicted a mass of  of 244.1 kg (538 lb). Later, in 1995, a study using the midshaft circumference of the humerus and femur estimated a mass of 197.5 kg (435 lb).  NOWHERE COULD THE VENGEANCE TEAM FIND ANY STANDARD ERRORS ASSOCIATED WITH THESE MASS ESTIMATES. WTF???? 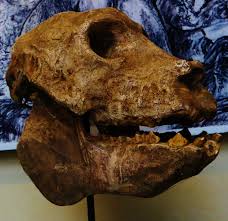 Granted, Amy could not get beyond the second page of the article due to Springer Link charging up the butt for journal access, but in those two pages were absolutely no measures of standard error, nor were any listed on the wikipedia article that includes those citations. Okay, "based on multiple regressions of the femur in 2008, Jungers and colleagues generated the current best estimate of 161.2 kg (355 lb) with a possible range of 150–187.8 kg (330–414 lb)" is getting better, but this is still not satisfying. In paleontology or really ANY science where you are predicting body mass from a bone, you accumulate standard errors from all your regressions and calculations. This standard error is extremely important when judging the validity of a mass estimate. Let's say we use Amy's pinky toe to estimate her mass and calculate a value of 175 lbs (+/- 200 lbs),  meaning she's probably 175 lbs but could be 375 lbs or -25 lbs, making the estimate completely statistically insignificant, and therefore not worthy of publication.

So the current idea is that Archaeoindris was the size of a living gorilla, but until Amy gets full access to that journal article or does the study herself, we will have to take that with a grain of salt. So let's just enjoy more photos and random facts in the meantime:
Also, other curious folks have hypothesized a paleo-battle between the gorilla and Archaeoindris... Check out who the readers claim would win, and check out the horrible diction mistakes between monkey/lemur/ape... Amy is screaming at her computer screen liiiiiike usual.