A few months ago Meaghan and her fiance Logan went down to Texas to hang out and fossil
hunt with Amy. It was pretty great, and if Meaghan wasn't working real real hard on her dissertation and also job hunting, she'd totally have written about it before this moment. So we apologize for the 3 month delay, especially since she's now going to give a bunch of road-trip tips and the price of gas has started going back up so that kind of sucks for you.

Hey, gas prices are going back up! So in order to get the cheapest gas prices on any road-trip, use Gas Buddy. It's free, it's got a map function, and it's pretty damned accurate because it rewards people for reporting whether or not gas prices are accurate. And if you get bored, you can just report gas prices as you drive because jesus fucking christ you have been in this car for two days and you've run out of games to play and if you don't distract yourself you're going to rip the auxillary cord out of the jack and strangle yourself with it. 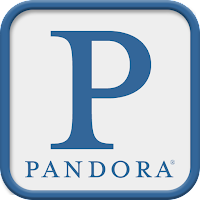 Did you know that Pandora will play comedy for you as well as otherwise undiscoverable remixes of Lana Del Ray songs? Enter the name of one of your favorite comedians into the station and it'll cycle through a lot of known and unknown folks to keep you from constantly critiquing your fiance's driving habits! Just be forewarned that the algorithms that Pandora uses to suggest new artists doesn't take into account taste and preferences quite as well when dealing with comedians. Pandora doesn't seem to have much of a filter for "Meaghan doesn't like sexism, racism, or rape jokes" despite repeated thumbs down for offensive content. 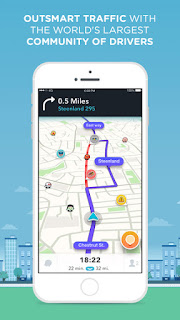 Waze
Waze takes everything that's great about Google Maps apps, turns it purple and makes it feel vaguely like Pacman. It's a weird hybrid of map app and online forum - people report car accidents, hazards on the side of the road, and traffic, which helps you avoid things that will slow you down. You also get to report things, including weather, which can be very entertaining when you have completely run out of things to do and are trying to avoid boredom-induced homicide.

Recommended Food
You have to eat on road trips, but you don't have to eat like shit. Fast food is expensive, and also greasy and kind of gross - here's the easy road-trip recipes that Logan and Meaghan found tolerable.

Stock your cooler with cilantro, onions, tomatoes, green peppers and delicious Yumm Sauce. Bring a can of black beans and some instant rice, ideally already instantly made. Combine these ingredients in a tupperware, and enjoy. If you need to change it up, cook some taco meat and toss that in there, or some fresh spinach or salad mix. It's pretty easy, it keeps fairly well, and it makes you feel healthy despite having sat still for the past 14 hours.

In fact, it's so good, it's pretty much all we ate for a weeks straight. Originally we'd purchased it as a gift for Amy when we got down there but then we ate it, and presented her with the empty jar which she LOVED.

White Sands
We were a bit skeptical of White Sands at first because it seemed like a pretty blase concept - we've seen sand, and we've also seen white stuff before. But what the hell, it was on the way, and we are pretty glad we stopped. It's gorgeous and isolated, and very confusing because it looks like snow and people are sledding but it's SAND. Yeah. Trippy.

Carlsbad Caverns
Again, initially skeptical but pleasantly surprised - the caverns are very well developed, but that was kind of cool in their own way. Normally Meaghan and Logan prefer caving in underdeveloped slimeholes, but it was kind of impressive to see an elevator going down into the depths like that, and the  caverns themselves were lit just well enough to show the beauty of the place, and just poorly enough to still retain that creepy-as-hell cave feel.

Big Bend National or State Parks
We could go on and on about how cool these places are, and honestly we probably will in some other blog posts in the future. We did some research there on fossils and paleosol deposits, including looking at itty bitty monkey teefs so obviously we had a great time. Even aside from that though, the whole damned area is amazingly pretty (if full of fucking border patrol agents that make it hard to enjoy your time there). We mostly did fieldwork but of course made time for some rock climbing and mild hikes in the beautiful Chisos mountains.

GODDAMN MOTHERFUCKING BORDER PATROL: Here's a big fat fuck you to anyone who wants to build a wall or fund better border protection, we ain't for it. Normally this is a pro-dog blog, but not when that dog is attached to a grumpy-looking federal agent who is inspecting your car for something that's legal in your home state. Turns out having Oregon or Alaska license plates means that you instantly get an extra inspection and slow-down to your day in the grand state of Texas. FYI, the Waze app does have information about where border patrol stations are, if you'd like to try and avoid them.

Watching your epileptic fiance have a seizure in a motel in Carlsbad: We'll give 2 thumbs down to this road-trip experience, hopefully never to be repeated.

Dehydrated Cheese Tortellini: For some reason, we could never cook these to the extent that the cheese wasn't crunchy. It was like the dehydrated pasta formed an impenetrable goopy barrier. Crunchy cheese is nobody's idea of a good time. It's probably all they should ever feed to border patrol agents cuz fuck those guys.

Email ThisBlogThis!Share to TwitterShare to FacebookShare to Pinterest
Labels: Amy and Meaghan Are Basically Better Than Everyone, best fossil hunter EVER, monkeyz, North American Road Trip