The ONE day of Genitals: Jewelry-quality Spider Schlong

Hello everyone. You may have noticed that over the last two weeks Amy and Meaghan have shared zero stories about weird animal junk. We did not forget (okay, that's kinda a lie, we forgot a little) but more importantly our brains could not handle another year of diving through science literature for all the filth and smut of the animal kingdom. Eventually your mind numbs and then you're really in trouble when twelve different photos of animal dongs don't disturb you any more.

A series of photos will accurately describe the way we felt/feel about preparing for the 14 days of genitals. 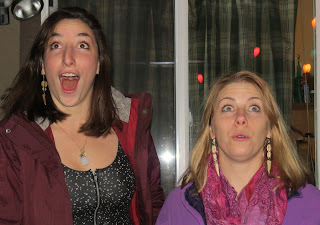 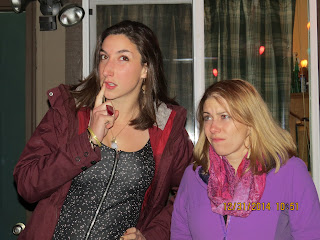 Day 7: "HOLY SHIT THEY GIVE BIRTH OUT THEIR PSUEDO-PENIS! OUCH OUCH OUCH." 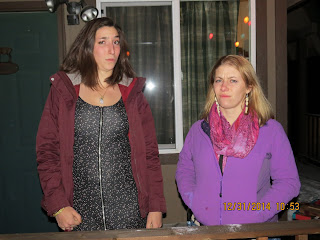 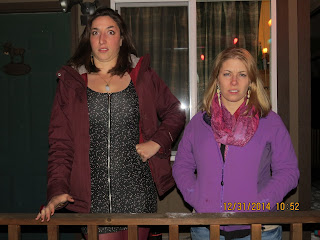 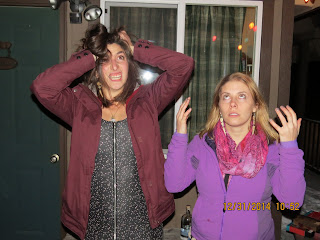 Year after year after year: "ARE YOU SAYING WE HAVE TO DO 14 OF THESE EVERY YEAR?! NO MORE... PLEASE SCIENCE NO MORE!" 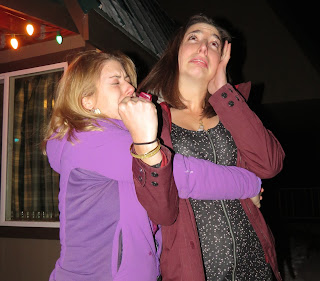 This year was different. We didn't even have an explicit conversation about what to do, February 1st came and went and between Texas and Oregon you could hear the Vengeance Team collective sigh of relief. Not this year, genitalia, not this year.

Since it would be a total dickslap to leave y'all high and dry this year with zero weird animal sex info, we are gonna have ONE day of genitals and write about a new fossil discovery that a good friend brought to our attention (see, be like Ceri everyone, be like awesome awesome Ceri and help us find the smut). Since this discovery broke earlier this month you may have heard about it, but you haven't heard our opinions.

...which are amazing, so listen up. 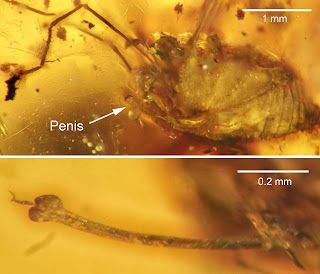 SCIENTISTS HAVE DISCOVERED A HUGE DADDY-LONGLEGS DICK PRESERVED IN AMBER!

I mean, they discovered the rest of the arachnid, too, but really all we care about is the dick (how does it feel to be reduced to your reproductive biology now, you privileged daddy-longlegs!!).

Before we go any further we have a confession. Our title is slightly misleading, the fossil is of a daddy-longlegs, also known as harvestmen, and harvestmen are not true spiders. They are also arachnids along with spiders but there are slight differences. However, we like alliteration and spider schlong sounds way cooler.

Researchers Dunlop, Selden, & Giribet recently published an article in which they describe the penis morphology of a unique specimen of the fossil harvestman Halitherses grimaldii from the Cretaceous  (99 MYA) Burmese amber of Myanmar (SE Asia). This specimen of harvestmen is like none other, the male copulatory organ is fully erect and is practically half his body length in size. 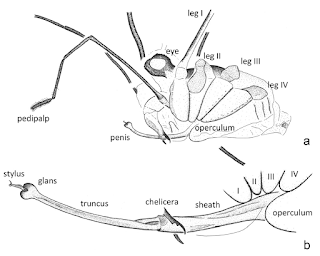 Something the Vengeance Team has found particularly funny with this fossil is all the popular press articles that have come out in which they quote researchers saying shit like, "this poor animal" or "worst day of his life" when talking about this particular fossil. We don't get it... you gotta die someday, might as well go out with a giant boner!

Think about it, if you knew you were going to be preserved in amber would you want to have a boner or not?? Neither member of the Vengeance Team has a member but if we did we would totally want it preserved in amber. 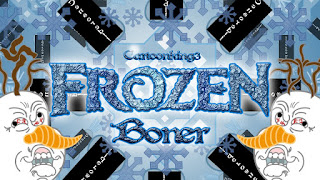 C'mon, we're talking about an erection lasting 99 million years. That is impressive. Also Viagra's worst nightmare. People across the globe would be talking about how big your dick is! There would literally be people studying your hard-on for decades! New families and species would be named after your junk! How is this a poor animal? This was one lucky motherfucker!!!

Seriously, the authors were able to use characters of the penis to determine that H. grimaldii represents a new, extinct family of large-eyed dyspnoid harvestmen. How neat is that??

Also cool is their description of the phallus: "The penis has a slender, distally flattened truncus, a spatulate heart-shaped glans and a short distal stylus, twisted [for her pleasure] at the tip."

Did you get the adorable part about the heart-shaped penis glans?? It's like they timed this for Valentine's Day. 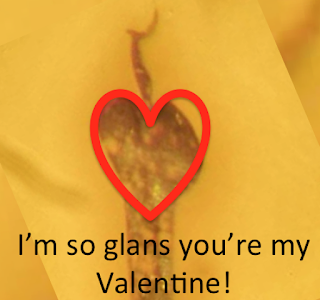 Most people have immediately assumed, because of the erection, that this guy must have been doing the dirty right before getting trapped in a sappy death, and have asked, "where's the female?" One article writes that this lack of a lady suggests "a tragic separation" and once again, we have to step in with our opinions.

WHY IS THIS TRAGIC? Who says these arachnids had feelings of love and attachment when they mated. Maybe she saw the ooze and was like, "thanks for the seed I gotta GTFO." Even though he died his genes hypothetically continued on as the female was able to escape. This is success. As is having your erection preserved for 99 million years.

Another possibility, as the lead author Dunlop points out,"it might be the case that the animal was struggling as it was trapped in the tree resin and that this caused the blood pressure to shoot up and the penis to become squeezed out accidentally."

So it could be totally unrelated to getting laid. Amy's reaction to this news is "LET'S TEST IT!" New plan: trap a bunch of daddy-longlegs in a sticky substrate and see if they get boners. Now who wants to fund it?!

Happy Valentine's Day to our loyal readers. We hope you enjoyed the one day of genitals. If you see anything that you think would be great material for future genitalia posts, please let us know via email, comment section, FB, twitter, whatever. Now, celebrate your genitals and go do it like they do on the discovery channel!!!

Email ThisBlogThis!Share to TwitterShare to FacebookShare to Pinterest
Labels: 14 days of genitals, amber dick, can I wear it on a necklace?, daddy-longlegs dong, fossil spider penis, my eyes are bleeding