Awards for Amos, Not for Amy

A common misconception is that most scientists get paid to do science, where in actuality most scientists get paid to teach, but only get hired or promoted or respected because they do science. In fact, despite the fact that academic scientists are largely paid for their teaching time, that is taken into almost zero consideration when they are being hired... but that is a topic for another blog post. Today we are talking about GAF(C??), those magical beasts that allows researchers to sort of, sometimes, get paid to do their science... or at least get the costs of their science paid for. That's right, Grants, Awards, Fellowships and (Crowdfunding??), the last of which is a new and fancy addition to the triumvirate of other people's money that scientists spend so much time begging for.

2013-2014 GAF(C??) application season is almost upon us, which means Meaghan and Amy are getting ready for another round of talking ourselves up and finding ways to make their research sound important to people who don't know anything about it. And in a surprising* twist of fate, Meaghan and Amy have to work harder to get these than their penis-posessing** counterparts. We've talked about some of the disparity in hiring processes before, but now let's delve deep into the sad topic of GAF(C??) discrimination.


For a visual representation of this problem, here are some graphs provided by the National Institute of Health (NIH).

Not only does the number of grants awarded to women differ from that of men, the amount of money in that award also is different.

These graphs are about 10 years old at this point, but the problem persists. Male applicants continue to receive a higher % of awards than expected when considering their percentage of the applicant pool. In fact, between 2000 and 2010, men were 8 times as likely to win a scholarly award than women (Lincoln et al., 2012). They were consistently more likely to win, regardless of their representation in the applicant pool.


One of the potential reasons behind this gap is the overwhelming presence of men on committee boards, especially as chairs. Lincoln et al (2012) found that committees chaired by men awarded 95% of their awards to men, though only 79% of the applicant pool was male. When the committee was chaired by a woman, a mere* 77% of the awards went to men (when the applicant pool was 66% men).

But one place where women do better is in teaching and service awards. Now, lets not get too crazy here - they don't actually do better than men (HAH FUNNY JOKE), but up to about 40% of awards for teaching or service go to women, as compared to the ~5-25% that go to women in some STEM fields. Woo! Of course, early education teaching has been a field traditionally dominated by females anyhow... perhaps that's finally where the "Old Girl's Club" is that the Vengeance Team has been desperately seeking.

So WTF, world, why aren't ladies getting their dues? Lincon et al. (2012) think the Matilda Effect is to blame. The Matilda Effect is a sociological term describing the phenomenon where achievements of women are either overlooked entirely or ascribed to men; in paleontology this could easily be called the Mary Anning effect. This bias plays a role in the life of every female academic: it makes it harder for them to get high-level jobs, harder to stay in academic careers, and harder to get the grants and awards that boost their chances at the first two parts of this sentence.


So what happens when you look at women-only awards? Well, that helps increase the numbers of women who are funded, that is certainly true... but thanks to the Matilda Effect, it may actually decrease the perceived significance of women's work. Awards that are granted only to women reinforce the idea that women's work is somehow inferior and "needs a boost" in order to achieve equal success. This is very similar to some of the criticism of scholarships aimed at increasing diversity - though they increase diversity, they can also cause systematic undervaluing of minority contributions. 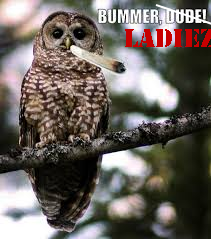 We want to make it clear that this bias is not necessarily overt. While conscious sexism is still a problem, it is less politically correct these days than it used to be and therefore a lot less prevalent. The root of this and other sex-based discrimination is not the obvious, in-your-face jackassery that our predecessors faced, but the unknowing bias that has been implanted in everyone by the culture that we live in. Hell, even women pick men over women for jobs!  Female participation in academia has often been referred to as a "leaky pipe:" though these days there's more and more ladies entering that pipe, somehow very few of us manage to get to the end of it.

So ladies, it's GAF(C??) season. Time to strap-on (heh) your boy!brain and make yourself out to be about 95-60% more important than you actually are because you're going to need that edge. In the words of Britney Spears, you, more than all the testosterone-laden nerd-dudes around, had better work bitch. So pump your jams, double check your commas, and oversell yourself until your pants have lit on fire, and always remember the words of Yolandi Vi$$er: 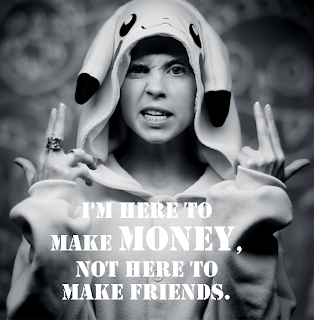 She's got dollar signs in her name. We're pretty positive she's on to something.

*sarcasm.
**speaking only of those possessing them naturally, rather than those who posses them in jars.

Popejoy et al. Is STEM still just a man's world? Awards and prizes for research achievements in disciplinary societies go mainly to men despite growth in women's participation. Association for Women in Science.

Email ThisBlogThis!Share to TwitterShare to FacebookShare to Pinterest
Labels: Amy and Meaghan Are Basically Better Than Everyone, bias in academia, feminism, funding, girls in science, inequality in awards, mary anning, monetarily-driven penis envy