This is a rough skinned newt: 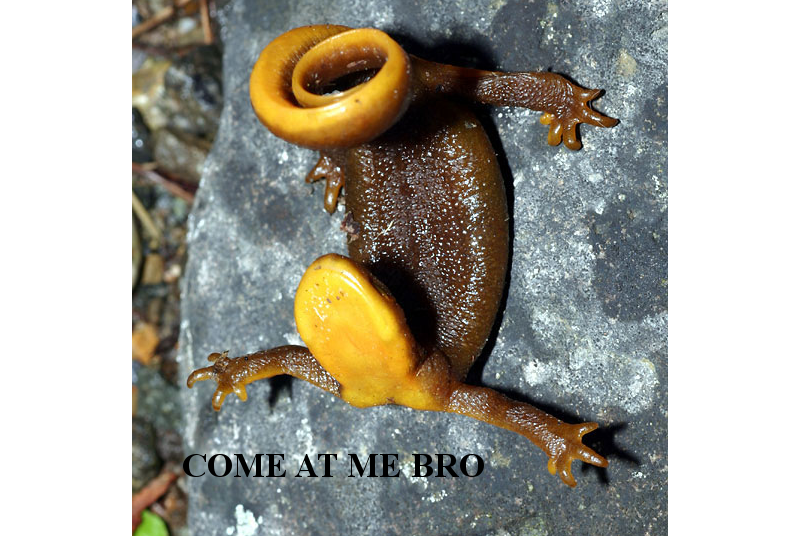 Why the aggressive posture? That's called the unken reflex, and it's meant to show how incredibly toxic they are. And they are INCREDIBLY toxic: their skin and organs contain tetradotoxin, the same poison as Japanese pufferfish.

This, on the other hand, is a dude newt ready for the newt equivalent of clubbing:
Notice the slimy exterior, quite contrary to the name? Well, that's because this newt doesn't want anyone getting a solid grasp on him. His equivalent of fingernails are pretty solid, and sharp though, because this is a grasp-but-don't-be-grasped world. See, in newt land, the acceptable way to court a lady is grab onto her... or whoever else is grabbing onto her. This can lead to a bit of a traffic jam for any unwary lady newt.