Squid are nothing but tentacles and head. Cephalopod literally means head feet. So if you're a cephalopod, whatcha gonna do with all that junk, all that junk inside your trunk?

Small, shallow-water cephalopods have a handy-dandy modified limb that supplies spermatophores to special receptacles on the female. Yes: special tentacle that high-fives spunk to lady squid. Which makes the following illustration even funnier:

Giant squid do something different. They don't have a modified cum-dumpster arm ("open up, here comes the package!") so how do they manage? 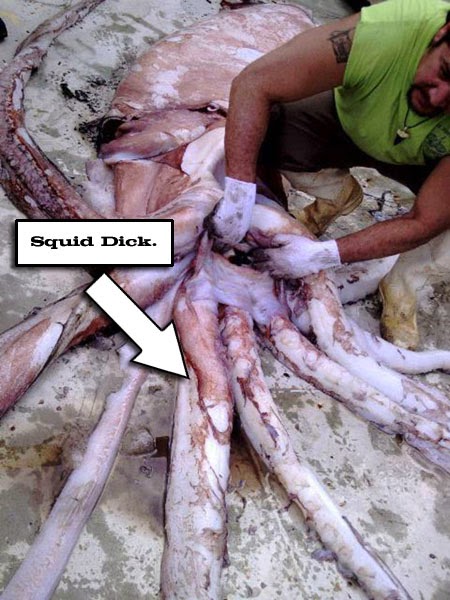 Deep-water fisheries expert Dr Alexander Arkhipkin of the Falkland Islands Government Fisheries Department, explains how he and his colleagues figured out the mating mystery of the giant squid:

"The mature male squid was caught during a deep-water research cruise on the Patagonian slope. We took the animal from the catch, When the mantle of the squid was opened for maturity assessment, we witnessed an unusual event."
"The penis of the squid, which had extended only slightly over the mantle margin, suddenly started to erect, and elongated quickly to 67cm total length, almost the same length as the whole animal." 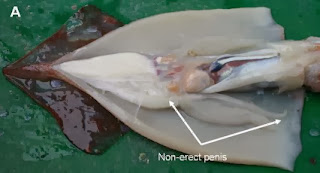 First off: sometimes we are so glad we work on fossil bones, not modern boners. Surprise corpse-erection has to be the worst surprise in science.

Second: sounds like our friends, the giant squid lives up to his name! This enormous member reaches directly into the body of the female, which prevents the spunk from being washed away during handoff. Of course, when we say "into the body of the female" what we really mean is "directly into their arms," because that's how squid sex works: they shoot each other with sperm darts in the arms, because nothing in the animal kingdom can ever just be fun. How the females then use these love darts to fertilize their eggs is still up for debate. Oh, and as a bonus: sometimes male squid are found with spermatophores embedded in their arms too. Sounds like the squid world is one of equal-opportunity sexual Battleship. 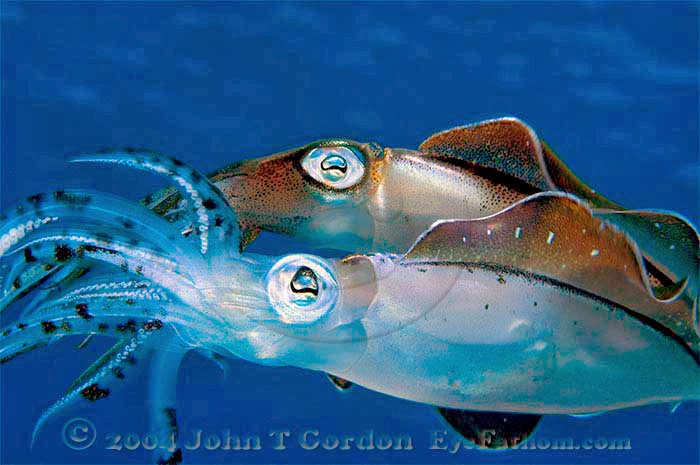