Side-blotched lizards are a common lizard in the Western US - they're the rabbit of the lizard world. They're tiny and adorable, and the males come in three color morphs: those with orange throats, those with blue throats, and those with yellow. And all three have different mating strategies. 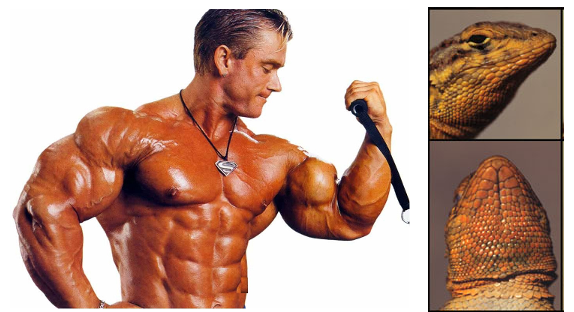 Orange is the ultradominant male. They are aggressive and defend a very large territory considering their small size - 100 m2 is pretty big when you're not even a foot long. Orange males have harems, and they're pretty good at recruitment: they'll steal the ladies of blue males. Think Jersey Shore. 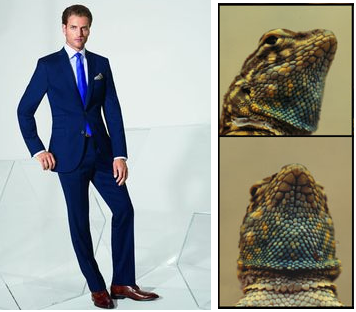 Blue males are monogamous (at least for a season!). They're a little on the smaller side, so they defend a smaller territory and a single female. This means that no yellow-throated sneakers are going to steal their ladies, but the larger orange morphs are sometimes capable of wooing them away (or rather... scaring the blue morph away). 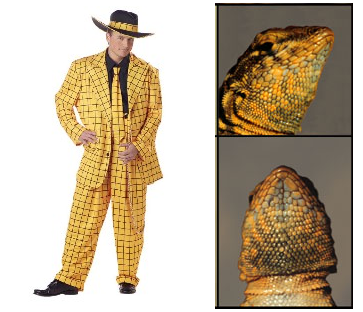 Yellow morph males don't defend territories, just run around sneaking into the territories of others and fertilizing their ladies. Since Orange morphs have large territories and a similar color, that's where Yellow morphs tend to poach from. Also, they'll mimic females to get close to them - SO SNEAKY.

Rarely, yellow morphs will transform into blue morphs over the course of a breeding season. We'd like to say this is because they found the right lady; it's usually because a dominant male died. Typical.


The color morphs are highly heritable, and the proportions of each morph will vary over different breeding seasons (one will 'win' and have more babies). There are some populations where an entire color morph has taken over and the others no longer exist - guess they played Rock Paper Scissors  SEXUAL DYNAMITE, which was always Meaghan's favorite variant.

Sinervo, B.; C.M. Lively (1996). "The rock–paper–scissors game and the evolution of alternative male strategies". Nature 380