It's that time of the month again! No, no, calm down - not time for more genitals, just some awesome dead shit.

This month we're talking about the family Amynodontidae, an extinct group of perissodactyls (odd-toed ungulates like horses, tapirs, and rhinos) that lived in North America, Europe, and Asia from the middle Eocene until the early Miocene.


Amynodonts were closely related to rhinos and likely originated in Asia before immigrating to North America and Europe. Presence of Amynodon at a fossil site indicates that the locality is Uintan (middle Eocene) in age, whereas Metamynodon planifrons is a good indicator of the Orellan (early Oligocene). The latest occurrence of Amynodontidae in North America is in west Texas, the best place in the world to look for fossils (Amy is admittedly a little bit biased in this area).

Historically amynodontids have been depicted as semiaquatic, large-bodied mammals, but now the general consensus is that the tribe Metamynodontini were likely the only members of the family with skeletal modifications that actually would have been conducive to a semiaquatic mode of life. The other main tribe of the family, the Cadurcodontines, were more lightly built than the Metamynodontines and possibly resembled modern tapirs, including a trunk.

Amy really likes this family of animals simply because of the name. It's almost like a personal mantra, "Amy-no-don't" that Amy can repeat in a variety of tough life choices, examples seen below:

Should I eat jellybeans for breakfast?? 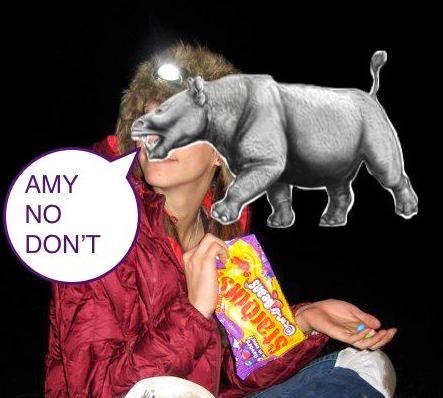 Should Meaghan and I drop out of school and become Die Antwoord groupies? 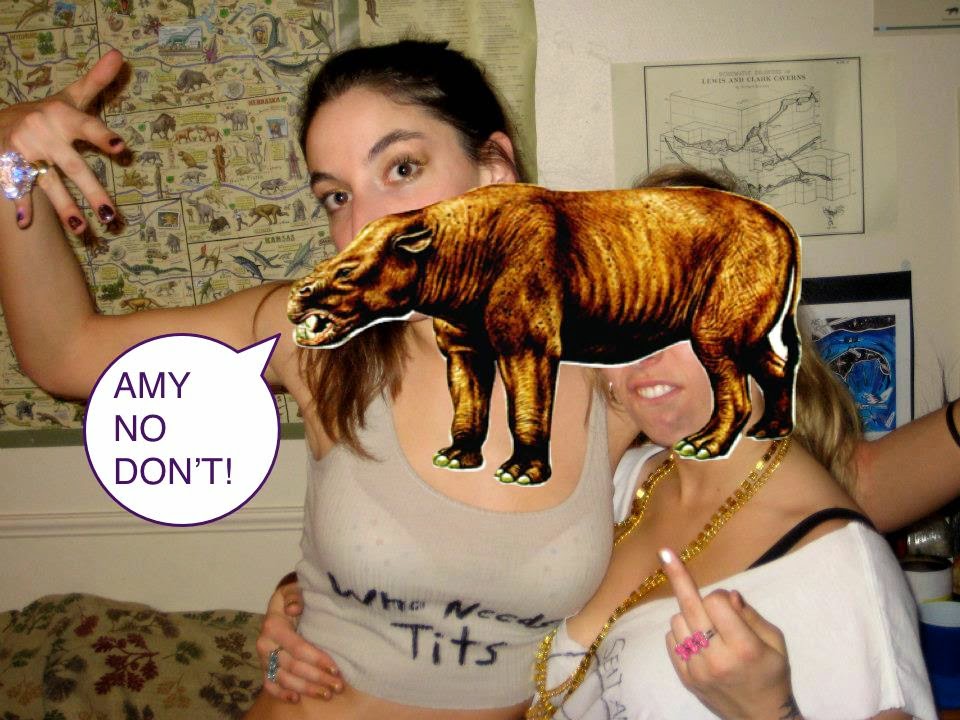 Should I watch hours of cute baby animal youtube videos instead of homework? 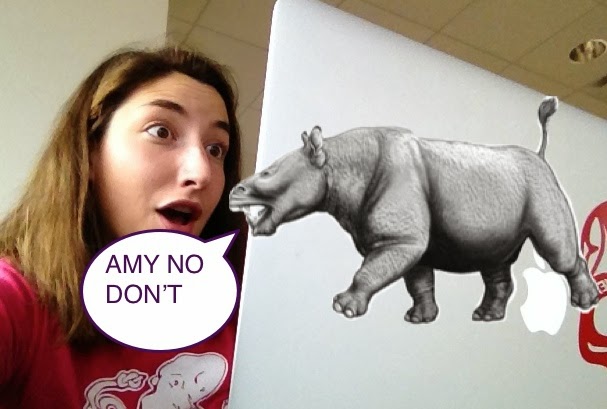 Should I go swimming in these thermal pools? 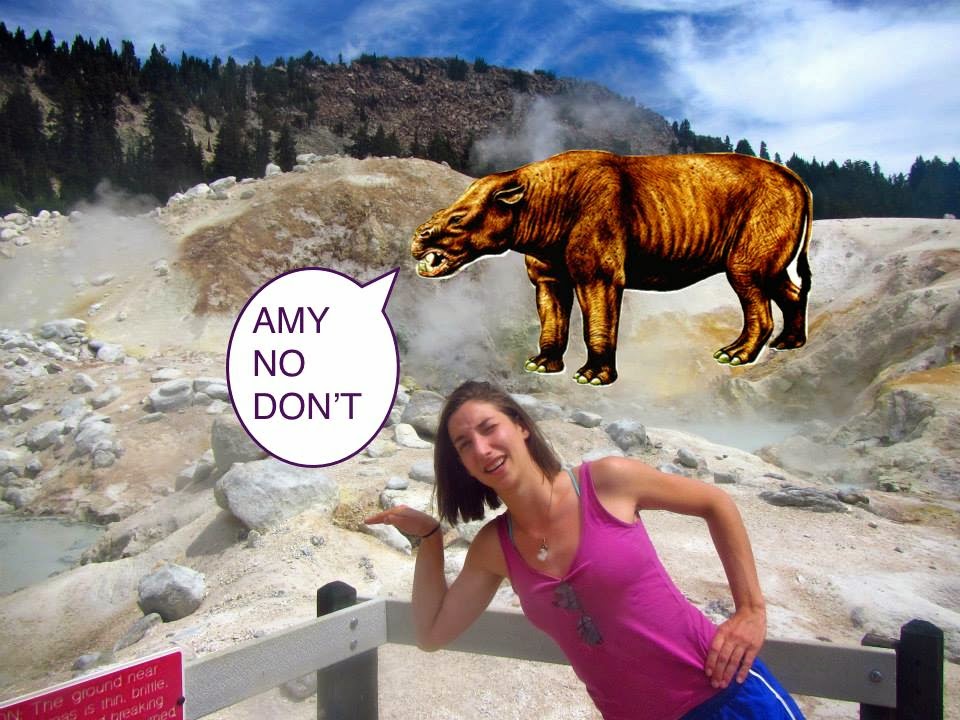 IT WORKS EVERY TIME!!

Wall, W. P. (1980). Cranial evidence for a proboscis in Cadurcodon and a review of snout structure in the family Amynodontidae (Perissodactyla, Rhinocerotoidea). Journal of Paleontology, 968-977.
Posted by Mary Anning's Revenge at 6:08 PM